Showing posts from April, 2018
Show all

Reaching Out to Address Racial Disparity in Hospice Use 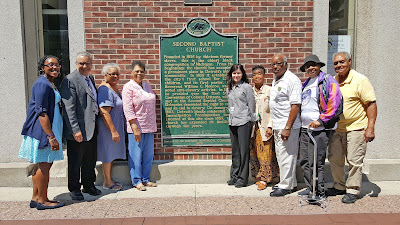 The St. Francis Fund has announced it will award a grant to Angela Hospice of Livonia for a project designed to improve quality of life for African Americans in Metro Detroit who are coping with a terminal illness. Through this initiative, Angela Hospice is hoping to address some of the disparity in hospice use amongst African Americans – a trend seen nationwide – through a campaign of relationship building and education that will increase access to care.

In its latest edition of “Facts and Figures on Hospice Care in America,” the National Hospice and Palliative Care Organization (NHPCO) reported that just 8.2-percent of Medicare recipients who used hospice were African American, according to CMS data. NHPCO has cited long-held mistrust of the government and healthcare system as factors contributing to hospice’s underuse by the African American community, but hospice providers are hoping to counteract that trend.

“As an organization founded by the Felician Sisters, Angela Hospice has …
1 comment
Read more 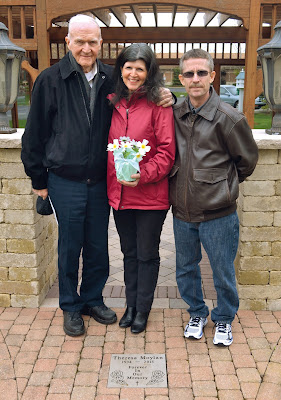 For nearly two decades, Angela Hospice has been commemorating Arbor Day each April. But at Angela Hospice, Arbor Day is about more than just trees: it’s a beautiful ceremony celebrated by families who are remembering someone dear to them.

Thomas Moylan attended the 2016 Arbor Day Ceremony with his daughter and son-in-law, Ann and David Chappo. They came to see the limestone brick Thomas placed in memory of his wife Theresa.

“I wanted to do something for Angela Hospice, for the good care that they gave my wife when she was in her last three and a half months,” said Thomas. “It’s something that’s a lasting memorial for my beloved wife.”

Each year Arbor Day invitations go out to the families who have designated a memorial on the Angela Hospice grounds during the past twelve months. Initially, it was only trees that were dedicated on Arbor Day, but today families can choose from a variety of bricks, stones, and plaques as well. There is even a bronze butterfly available for families to pe…
1 comment
Read more
More posts