Showing posts from March, 2018
Show all

Dedicated to Helping Others 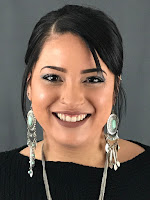 March is National Social Work month, and Angela Hospice is proud to celebrate the wonderfully compassionate group of professionals who make up our social work team.

Social workers for generations have served as leaders, advocates, and champions, helping individuals overcome challenges so they can live up to their full potential. Social workers also work tirelessly to improve our communities and society

We hope you’ll take a moment and read about what drives some of Angela Hospice’s social workers to pursue the important work they do each day.

Maneesha N. Finkle, LLMSW I became a social worker because I wanted to do something meaningful with my life while supporting and advocating for those who don’t have a voice in society.


Sarah Rothstein, LMSW
I knew that I wanted to use my clinical training to help people get through difficult and  emotional experiences. The opportunity that I am given each day to listen, provide guidance and support as people are vulnerable and open with me about th…
1 comment
Read more 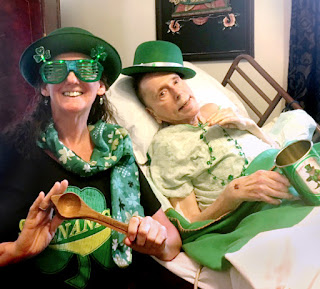 A true Irishwoman, Ann-Patrice Foley loves to celebrate St. Patrick’s Day. But in 2016, she had just returned from vacation a few days before the holiday, so she couldn’t take another day off. That was the first time she worked on St. Patrick’s Day as an Angela Hospice social worker.

Of course she was going to make the most of it. She was making her regular visit to her patient Bob, and as her Irish luck would have it, that visit would make a big impact on Bob.

“I started telling Irish jokes,” Ann-Patrice said, and Bob was loving it. “I had no idea he was Irish!”

With a name like Diebolt, Ann-Patrice  wouldn’t have guessed Bob was Irish, but that day a new bond was formed, and it’s been a delight to Bob and Ann-Patrice ever since. Now every time she visits, they tell each other Irish jokes.

It’s great for Bob’s wife too, because she can see her…
Post a Comment
Read more
More posts