Showing posts from September, 2016
Show all

Name: Ann Peczynski, Finance Assistance
How long have you worked here? 21 years
What made you decide to work here? I heard that it was a nice place to work and there was a part time opening in accounts payable. I had worked in accounts payable at my previous job before taking a few years off to raise my son.
How had you heard of Angela Hospice? Through a friend who had a friend that worked here, who actually told me about the job opening.
What’s a typical day like for you? I handle the accounts payable and other financial functions. It keeps me busy, which I enjoy.
What is your favorite part about working at Angela Hospice? I enjoy it because of our mission, all the good we do in the community, and the wonderful people that I work with – now and through my 21 year history.
What is one of your favorite memories from your time at Angela Hospice? The opening of the new Care Center. Watching it all unfold and being a part of it was a wonderful experience.
Post a Comment
Read more 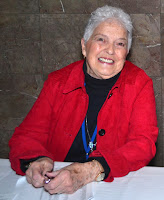 Name: Alnora Gallo
How long have you been a volunteer? Two years.
What areas do you work in/what sort of tasks do you do as a volunteer? Works annual events, mailings, and sells raffle tickets.
What made you decide to become a volunteer? I enjoy helping others any way that I’m able to. I have plenty of time to give and volunteering keeps me actively involved in my community.
Why Angela Hospice? Because it’s affiliated with the Catholic Church and the location is very convenient. But, most importantly, the work they do helps so many.
What is your favorite part about volunteering? Being able to help people and keeping myself active in my senior years. Working with the other volunteers has been so rewarding to me.
What is one of your favorite stories or memories from volunteering? One day while I was selling raffle tickets a young lady purchased several tickets and started to walk away. Then she turned around and purchased several more tickets. When I asked her to wait for her tickets she said, “Ju…
1 comment
Read more 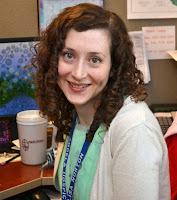 Name: Lisa Norton,Public Relations and Development IT Coordinator
How long have you worked here? 15 years.
What made you decide to work here? I was taking a journalism class at Madonna University, and our guest speaker from one of the Detroit newspapers ended up not being able to make it. But the public relations coordinator from Angela Hospice happened to be walking by, and the professor called her in to talk to the class. She mentioned they were looking for a public relations intern. I applied for it, and came on as an intern for the summer. I was hired on part-time while I was in college, then full-time after I graduated. The way it happened so unexpectedly, almost randomly – I had never considered a career in public relations (although a career aptitude test I took in the seventh grade suggested it!) – it really felt serendipitous to me, like I was meant to be here. I know there are a few people on staff here that have stories like that.
How had you heard of Angela Hospice? I grew up in…
Post a Comment
Read more
More posts